At least in some parts of the world

RECENT RUMOURS HAVE suggested that Intel will launch its first SATA 6Gbps SSD’s on Tuesday, at least in some countries, although so far there has been no official word on the matter from Intel. That said, we’ve spotted the drive for sale both in Asia and Europe ahead of the imminent launch, although with a fairly steep price premium over Intel’s SATA 3Gbps models. 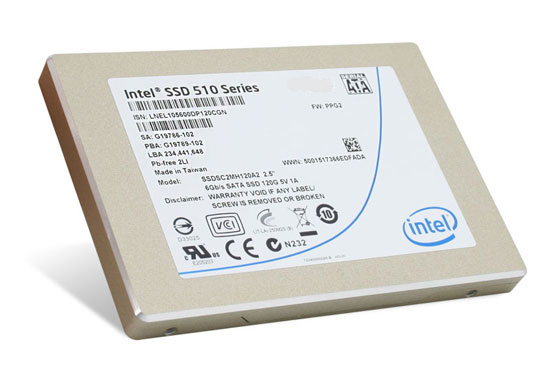 The drive was tested using the SATA 6Gbps port on an Intel P67 board and it reached sequential read speeds of 432.5MB/s and write speeds of 210MB/s in CrystalDiskMark 3.0.1 x64, both slightly faster than promised. In AS SSD the sequential read speed hit 436MB/s and the write speed 201MB/s which is still better than Intel’s stated numbers. As for 4K writes in CrystalDiskMark we’re looking at almost 21MB/s in the read test and an impressive 46MB/s in the write test.

Hopefully pricing of these new SSD models will be adjusted once they become widely available, as of right now it’ll be hard for most people to justify the extra cost, despite a very clear performance advantage, especially compared to Intel’s previous generation of SSDs. We’ll hopefully not have to wait that much longer until Intel officially launches its latest and fastest SSDs.  Although it’s not likely that Intel is going to get to enjoy its market lead for long as new SandForce SF-2000 based SSDs are set to launch at CeBIT this week.  Sandforce’s new drives should offer even faster performance at over 500MB/s for both read and write performance depending on make and model.S|A