You guessed it, it has two 3TB drives inside

Western Digital has launched a solution for those that don’t need a little bit of extra storage, although come to think about it, 6TB isn’t really all that much, is it? The new My Book Studio Edition II holds just that by fitting a pair of Western Digital’s 3TB drives internally.

Now this isn’t Western Digital’s new Thunderbolt drive, instead it’s a fairly standard piece of kit with a mini USB 2.0 port, an eSATA port and two FireWire 800 ports. Ok, so this isn’t terrible and it’ll make most Mac users happy at least. The eSATA port should allow for decent performance as well, at least for non Mac users. 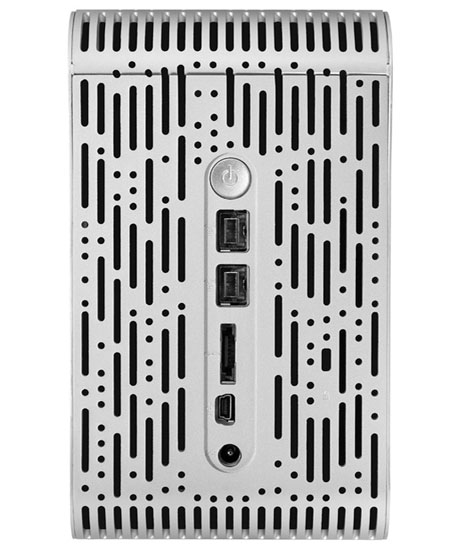 WD claims that the My Book Studio Edition II is the ideal storage device for people working with video and high-resolution digital still images and we have no reason to doubt them. You also get automatic backup software with it that works for both PC and Mac, although WD doesn’t seem to care about Linux users. The hard drives inside the My Book Studio Edition II are configured in RAID 0, although RAID 1 is also supported.

You’re even allowed to poke around inside it, or rather; WD has made it easy to access the drives inside in case one of them would fail for whatever reason. The My Book Studio Edition II 6TB is available as of right now for the tiny sum of $549.99. S|A