Time Lords Complain on Eve of New Doctor Who Season

Apple’s (AAPL) endless quest to make computing easier for the masses has included thousands of innovations over the years. The GUI was borrowed from Xerox Parc, the Smart Phone from Palm, the Tablet from Microsoft… Apple is good at taking another company’s idea, reworking it, and selling a lot of kit.

Time Machine, the backup software included with every copy of OSX, is a good example. It has most of the same functions as Fastback did back in the early 1980s, but is easier to use. You can buy a new Mac, and using Time Machine be up and running with all of the software that was installed on your original Mac within a couple of hours, using any USB or Firewire drive as a backup device. All for no extra cost. The software comes bundled with every Mac sold.

Sounds great, doesn’t it? It even works. Kind of. 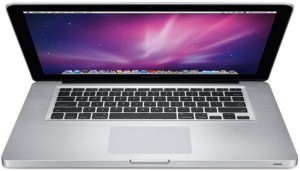 Every Mac Comes With It

Semiaccurate has been hearing rumors of Mac OS X operating system problems for some time now. The problems were scattered, and inconsistent. There was no unifying theme to tie them together, until now.

The problem is that Time Machine is glitch prone.

Back up your Mac. Buy a new Mac. Install your existing software, and your data onto your new Mac using your Time Machine backup. After this, if you install new software of certain sorts (Adobe Digital Editions is one package that this can happen with), the install may fail. Adobe Digital Editions sometimes reports a E_AUTH_BAD_DEVICE_KEY error. Adobe’s forums suggest that the problem is with the Keychain, however if you set up a second account on the same computer, the second account can install and run Digital Editions. Log out, and log in to the first account, and the same error pops up again.

Other software packages report a variety of other errors. The only commonality we have been able to establish is that the computers which had problems were restored using Time Machine backups.

The current theory, based on inspection of the file systems, is that possibly during the restore there is an error in writing some files, and the wrong user number is assigned. Unix based operating systems like OS X assign numbers to every user, including the Root, or Administrator. If during the restoration session, some of the important files are assigned the incorrect user number, this could cause the problems observed. This is however a theory. The SemiAccurate staffer who inspected the file systems of the computers involved is not a Unix Guru.

As an experiment, a secondary account was set up with full administrator access on an affected computer. It worked flawlessly, exhibiting none of the problems that the main account exhibited. This means that theoretically all that needs to be done is to back up the data on the computer, make a new account, delete the original account, and copy the data back onto the computer.

While this has been done, and it has worked, it may not actually be addressing the problem. Unfortunately a search for the E_AUTH_BAD_DEVICE_KEY error in Apple’s support forums turns up no hits. We don’t even have an unofficial Apple position on the issue.

So it looks like we have a broken Time Machine, and Doctor Who isn’t due to visit until Saturday. S|A