During all of the fuss over Oracle’s (NASDAQ: ORCL) announcement that it intends to move OpenOffice to a community based project, the release of OpenOffice 3.4 Beta 1 flew under most people’s radar. This is the first beta release since The Document Foundation split from the OpenOffice project, and released the competing Libre Office suite by forking the OpenOffice code base. Conflicts in the version numbering is causing confusion.

When Libre Office was first released in January, it used the same version number as the then current version of OpenOffice, Version 3.3. However it contained features that version 3.3 of OpenOffice did not have. Since then versions 3.3.1 and 3.3.2 of Libre Office have been released, each with minor new features and bug fixes.

In early April version 3.4 Beta 1 of Libre Office was released. Beta 1 was, well, problematic is the polite word. There was a problem in the packaging and version control system which meant that the Beta was a total failure on every platform. Needless to say, there were some mighty upset people at the project. 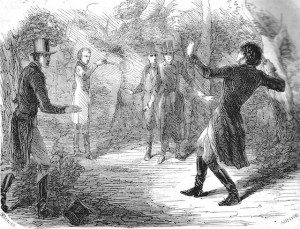 SemiAccurate has been assured that the problem has been identified. Beta 2, released Friday April 22, 2011 (yes, SemiAccurate works Easter Friday*), appears to work flawlessly. You can download it here.

OpenOffice has been proceeding at a slower pace. Version 3.3 was also released in January, but there were no incremental releases. Instead OpenOffice moved directly to version 3.4 Beta 1.

The problem is that the two office suites, while at the same version numbers, are offering differing capabilities. A comparison of the feature freeze page for OpenOffice 3.4 Beta 1 shows that editing SVG graphics as a new feature. This is a feature that was already in Libre Office 3.3.1. The feature list for the Libre Office 3.4 Beta is totally different, and even contains the note ‘This page is only for LibreOffice specific features; though we should collect details on Oracle’s contribution separately too.‘

While the two office suites read and write Open Document format files, and can interchange documents easily, other capabilities like Word Perfect and MS Works file import will vary between them.

The good news is that with two highly capable and popular competing Free Software Office Suites on the market, Free Software Darwinism will drive innovation at an increasing rate. SemiAccurate is pretty certain that Microsoft, Corel, and Apple aren’t at all happy about this. S|A

* Unicorns and talking bunnies are known to hang out together.