Computex 2011: And a case prototype too

Zalman kept up their recent trend of new and progressively better designs during Computex with new coolers and a case. The case is a prototype, the coolers are in retail now.

The CNPS12X is a step back to the Zalman designs of the past, and that is a really good thing. It is the large one on the right, and by large we mean 3 fans, six direct contact heat pipes, and over 1Kg of mass. It will dissipate over 350W, more than enough for the most insane overvoltings. It is said to run several degrees cooler than the 11X on the left, and produces less noise as well. 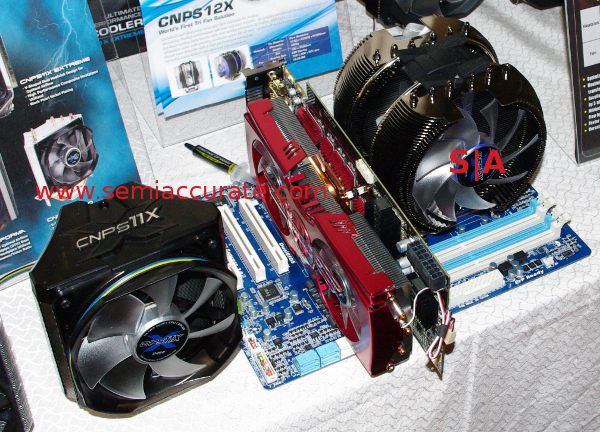 The 11X is a lower cost version of the older 11X Extreme, lacking some of the shrouding and adding direct contact heat pipes. Performance should be about the same though for all but the highest of voltages. Last in the picture is the VF3000F VGA cooler, a dual fan unit for the 580GTX. Not much to say here, cooler and quieter VGA cards are never a bad thing. 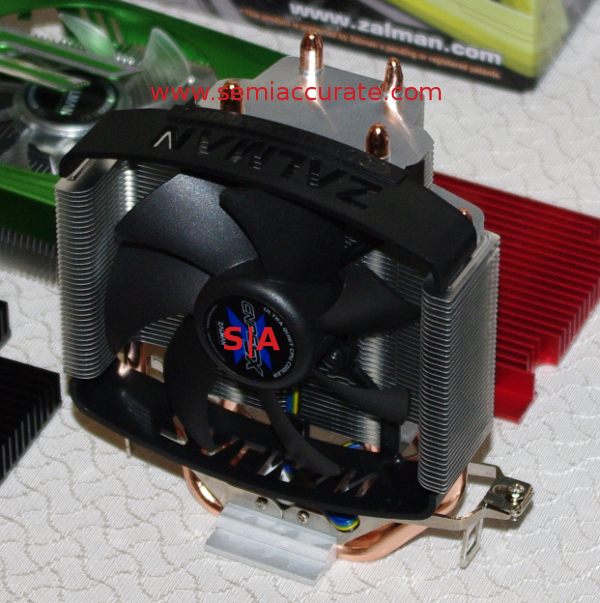 The last cooler is called the 5X, and it is a low end cooler, running around $25 in the US. It is a 2 heat pipe, direct contact heatsink, basically a small 11X with wings. That said, the picture doesn’t do it justice, the fan shroud is really well done, and the whole thing just works. Between this and the 12X, Zalman is starting to set design standards again in coolers, and that is a really good sign. 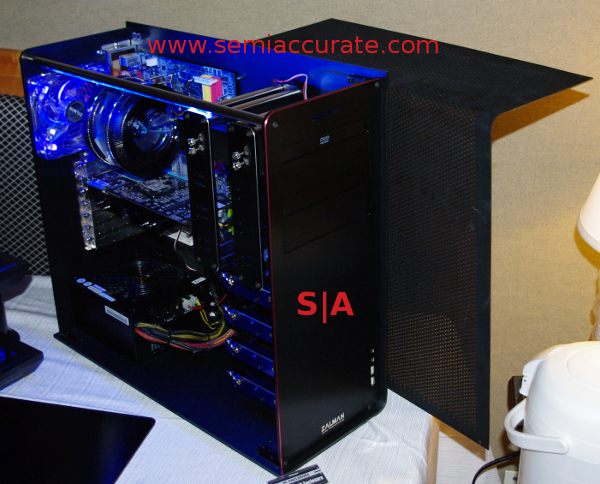 Speaking of setting design standards, we have a case prototype from Zalman, and it looks really good. Once again, pictures don’t do it justice, the details are extremely well done. The sides are two ‘L’ shaped pieces, and they bolt to the front and back plates. Everything is very heavy gauge aluminum, and all the brackets and bays are held in with thumbscrews, rods, and plates, not stamped sheetmetal. 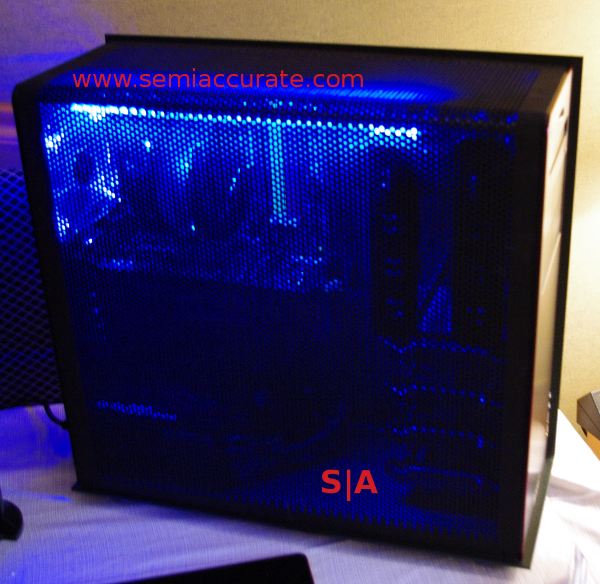 The second panel is perforated aluminum, and, well, it just looks good. Black, chrome, and subtle red accents are never a bad thing, plus really high quality materials that are lacking in many cases, high end or not. This unnamed case is not a sure thing for production, but lets hope it comes out. It won’t be cheap, but quality never is.S|A