Photofast had a first at Computex, a USB memory stick with iPhone connectors. On top of it, the device is officially blessed by His Turtleneckedness, so it will actually hit the market unlike some of their past attempts. 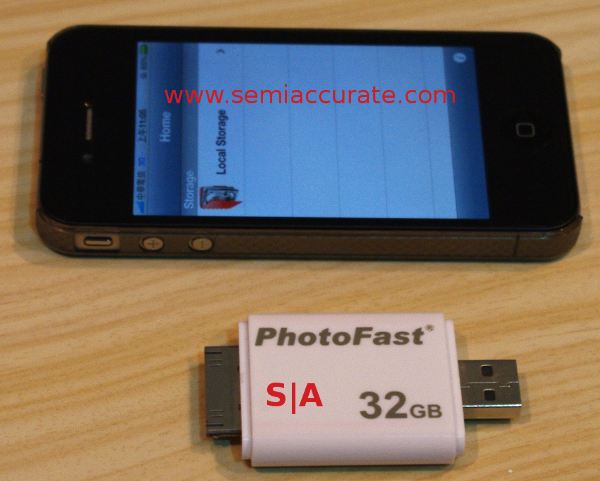 The stick and the app

There isn’t much to say about this one, it is just a 32GB flash drive on one side, and a iPhone connector on the other. You download an app from the iPhone store, and you have the ability to access files on the drive, back some parts of the phone up, and load external files. With this device, you can do almost 10% of what you can do on every other non-Apple phone or tablet on the market, nirvanna! 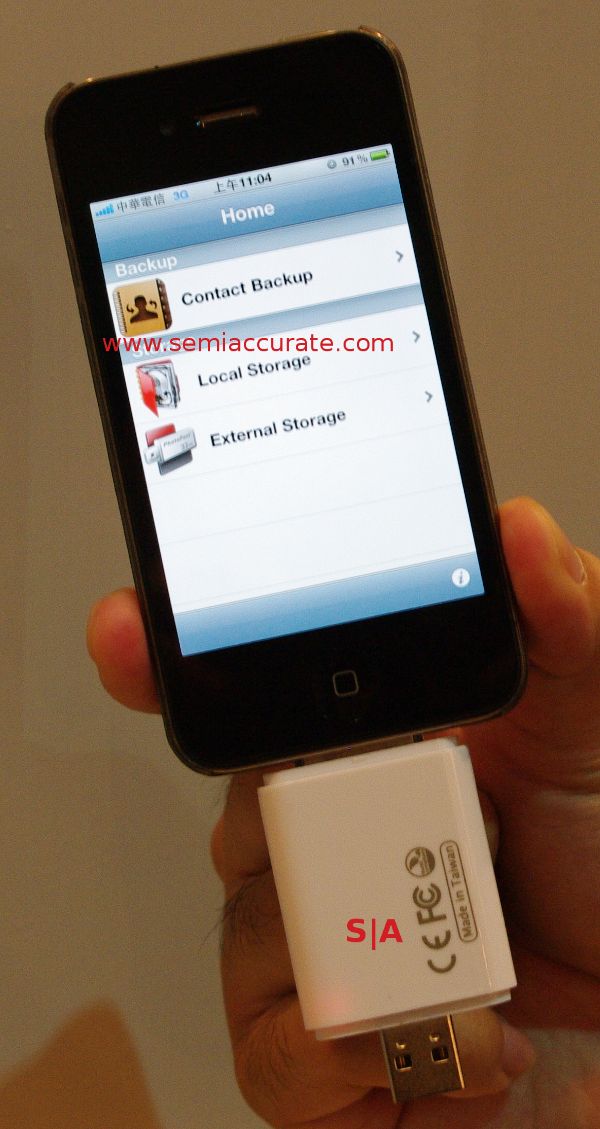 The app in action

The software is obviously the first version, and there will undoubtedly be features added quickly, but for now, it is more than enough to get the job done. Photofast says the drive will be shipping at the end of the month, so distributors will have it by the first week of July. By mid-July, it should be everywhere that matters. It will come in 8-32GB versions, and start out at less than $100. Photofast ticks another long overdue box on the iPhone owner’s wish list, it is about time someone made this product.S|A