At CeBIT, Thecus went upmarket, and Computex saw more of the same. This time, they are expanding the business side of their offerings quite a bit, filling in the gaps between home and enterprise devices. 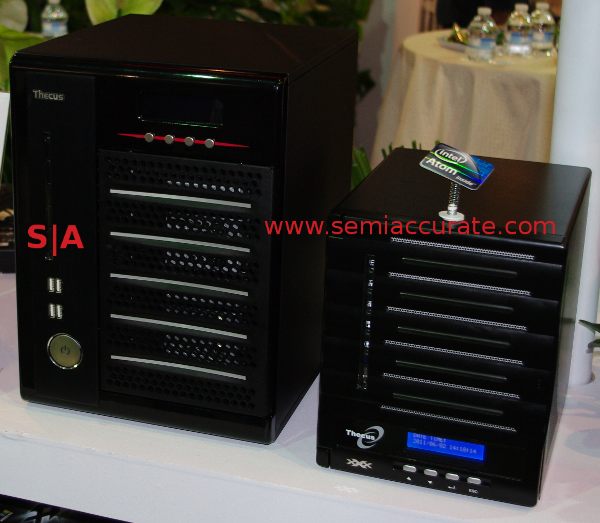 Much more interesting in the new TopTower Nx series, a much higher end product than the older Nxxxx line. Some earlier complaints about the first generation Thecus boxes were that they didn’t have the raw CPU power to move the data at rates that they probably should have. This was quickly rectified in later generations, and the TopTower puts that to rest for good with a Sandy Bridge at its heart.

The N6 pictured above is the small one of the line, it has 6 drive bays, USB3 connections, and HDMI out. N8 and N10 expand the drive count to 8 and 10 respectively, and a full blown Sandy should still be more than enough to twiddle the needed bits with a lot of room left over. The TopTower line won’t be out until late Q3, more likely Q4, so the final specs are a bit fluid at this point. 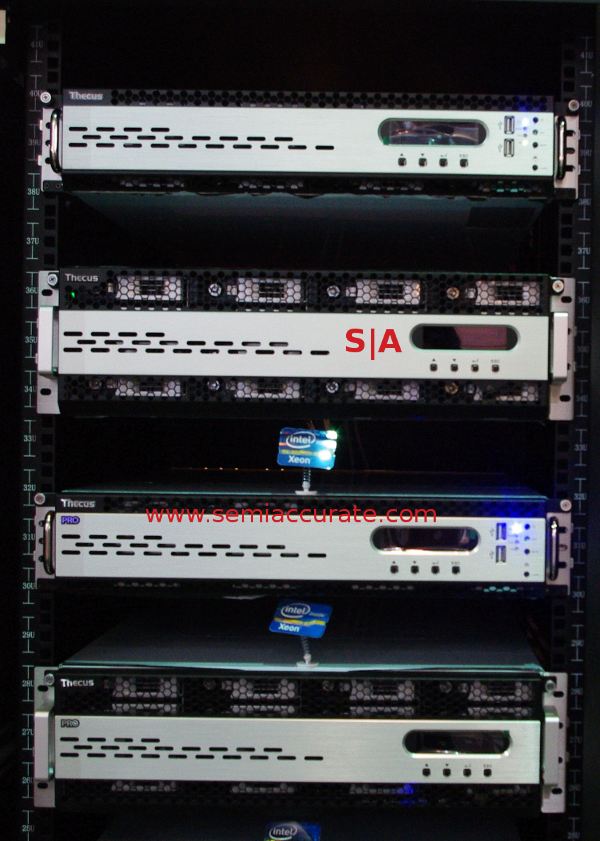 Last up, the N16000 rack mount NAS/SAN box, and presumably the ‘little’ N12000 too, have been updated to Pro status. This means a bump from from a 3.06Ghz to a 3.33GHz Xeon, and 10GBaseT networking on the back. For those not up on recent networking standards, that means 10GigE over copper, not fiber, hugely expanding the market for such products.

Overall, it is pretty clear that Thecus is going after the SMB market now, home/small business storage needs are pretty well covered by their current offerings. It is going to be interesting to see how they are accepted in this market, especially at the high end where service and support are mandatory before a maker is even considered for approval. If Thecus can make a good pitch here, they are going to crater prices in this segment, and that is good for everyone.S|A