Intel wants IA-processors in base stations

Intel (NASDAQ:INTC) currently has a project underway in Intel Labs China here in Beijing, where the company is looking into the possibility of replacing Digital Signal Processors in 3G/4G base stations with general purpose hardware.

Intel is increasingly focusing on embedded systems that range all the way from smartphones up until the aforementioned base stations.  Much of this research takes place in Beijing, according to is Yimin Zhang, the Director of Intel’s Embedded Application Lab. 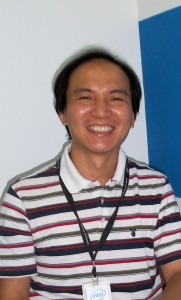 In the example of the base station development an initial trial deployment should probably cover about 100,000 users. In the US or Europe this would require a whole city to participate in the trial where in China you have enough customers if you just deploy the technology in a single university.

Intel is rumored to be trying out the base stations in conjunction with Chinese partner Huawei from Shenzhen.

Another reason to move forward in China is the size of the market with a 1+ billion population and a government plan calling for the unification of TV, telephone and Internet in a single network.

In addition to base station work Intel is also working on setting up the complete software stack required for mobile applications as the company hopes to eventually break into the mobile smartphone market with the launch next year on 22nm products with a much lower power budget that the current technology.