SATA to move to PCI Express

New standard will support 2 ports at 8 Gbps each

While 6 Gbps is still plenty enough for rotating media we are getting close to running out of steam for SSDs that use the SATA interface.

Therefore the SATA0-IO has started working on the next generation specification called SATA Express.

SATA Express basically uses the OCI Express physical interface and allows for 2 ports running at 8 Gbps each using PCI Express 3.0 according to Marc Noblitt, Director, SATA-IO Board of Directors. 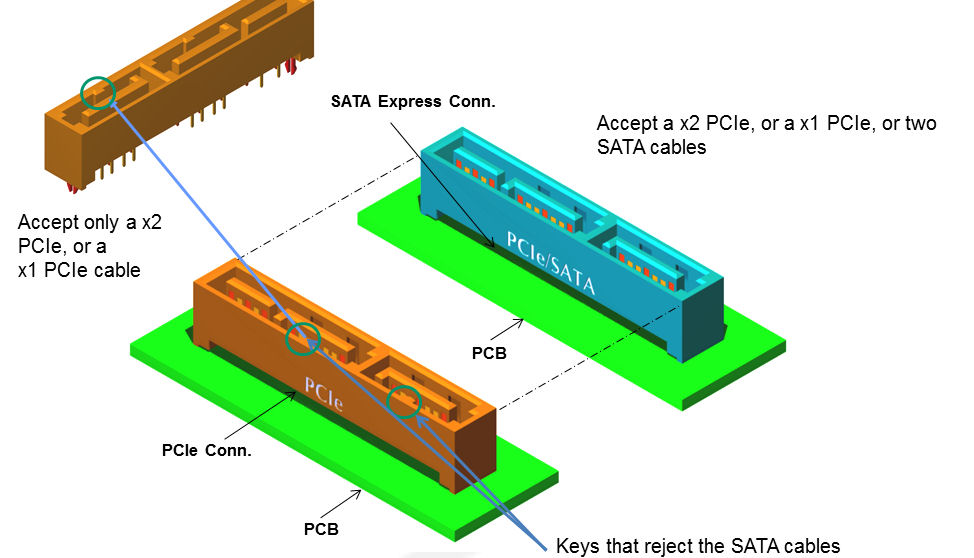 This is what the SATA Express connector will look like, Illustration courtesy of SATA-IO.

The connector group is still working on the exact design of the connectors, but in the future we will have a common interface for PCI Express and SATA on the motherboards and it will be possible to use the connectors for either device.

SATA-IO was originally looking t moving to 12 Gbps on their own, but decided that it would be better for everybody if they joined forces with PCI Express and leveraged an already existing physical interface.S|A