Thermaltake’s Cooling Off with a New Frio

And they’ve got a new mouse to boot…

Things have been busy lately at Thermaltake’s Taipei offices; or so it would seem with a new CPU cooler, the Frio Advanced, and a new gaming mouse, the Saphira, being announced today. At first glance both appear to be competent offerings in their respective markets, but these days that’s not really enough. So the question remains how are these new offering going to differentiate themselves in the market place. 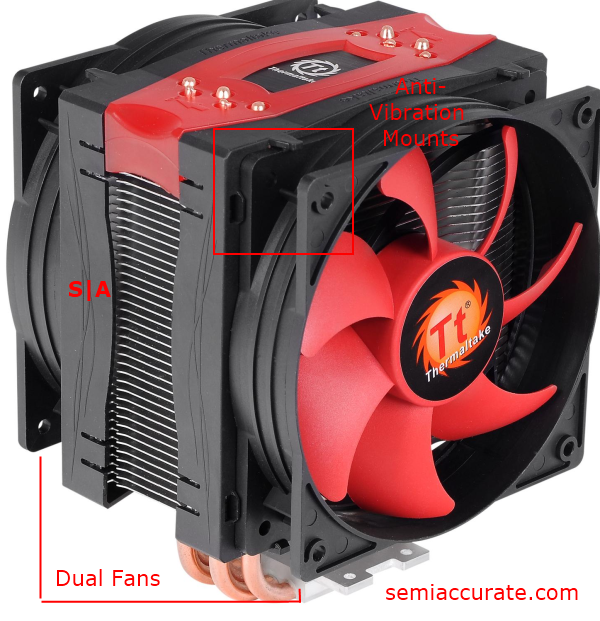 Thermaltake is touting it’s replacement of traditional welding methods with a mechanical assembling process to ensure that the heat-pipes on its latest cooler have, “…precise and direct contact for flawless heat transmission from the CPU to the heat-sink.” It remains to be seen how the Frio Advanced is going to perform in the wild, but it’s a fair to to assume that the extra 10 Watts of cooling capacity it offers over the original Frio is due to the new heat-pipe mounting process.  One of the nicest features the Frio Advanced has to offer is universal socket compatibility. If it’s a desktop CPU socket that’s been released since 2006 then chances are the Frio Advanced can be mounted on it. 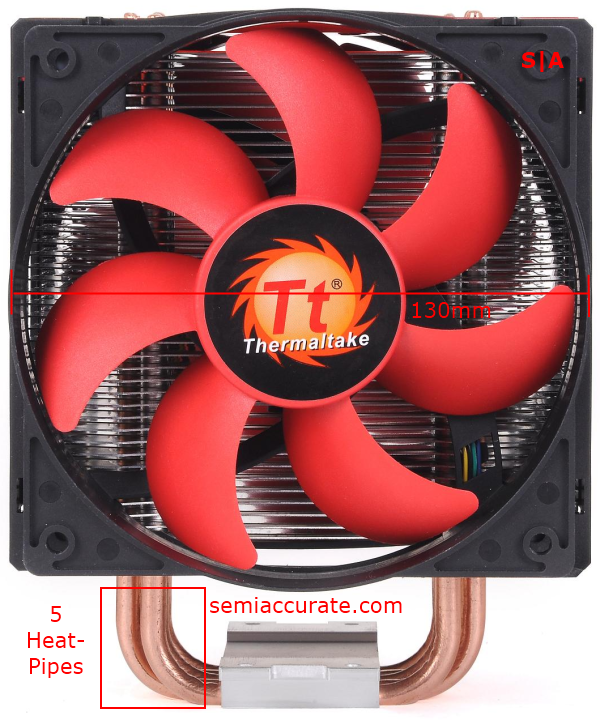 When it comes to hard specifications the Frio Advanced manages to maintain its appearance as a contender.  It boasts 230 Watts of cooling capacity, a weight of 954 grams, and has a Maximum air flow rating of 88.77 CFM. Thermaltake claims that the dual fan configuration will consume about 6 Watts of power under load, with RPM’s ranging from 800 to 2000, and a maxium air pressure of 2.7 mmH2O. At 44 dBA.  The Frio Advanced is not the quietest cooler ever, but it’s really no worse than its predecessor, and still retains the ability to drop down to 21 dBA at its lowest setting. Look for reviews to start popping up around the web in a little bit.

In the mean time we can take a look at a pair of mutually supporting products that Thermaltake is releasing under its Tt eSPORTS brand. First up we have the mass market product, the Saphira high-end gaming mouse.

The Saphira offers select-able DPI resolution ranging from 100 to 3500, and a select-able polling rate of 125, 500, 1000 Hz. The fun features it carries include a four level LED DPI indicator near the front of the mouse; as well as a software app that allows users to change the lighting scheme and setup macros. The black styling with red accents is a tried and true look, and the emblem they’ve chosen for the palm rest fits in nicely with the visual theme of the mouse.

Tt eSPORTS has also released a limited edition “White-Ra” mouse pad to pair with its new Saphira mouse. The White-Ra is a cross-woven synthetic mouse pad that has a rubber non-slip bottom and rolls up nicely to fit in a cylindrical carrying case. The White-Ra mouse pad is basically a promotional product aimed at quenching the professional, and enthusiast, gaming communities thirst for more products developed with the insight of Thermaltake’s in-house team of professional gamers.

Thermaltake’s new products are looking good. So it’s steady as she goes, and keep them coming, from the good folks in Taipei.S|A