Or should I say Sandy Bridge-EP

So what do we know about Intel’s (NASDAQ:INTC) soon to be released Sandy Bridge-E? Quite a lot actually, Intel’s been talking up this new chip for quite some time in its roadmaps. Multiple preview articles have popped up in the last couple of months and partners have been showing off their versions of the X79 motherboards that will be housing this CPU. Despite all this excitement we can’t help but get the feeling that the real Sandy Bridge-E won’t be with us for a few more months.

In addition Intel’s X79 chipset isn’t quite what they were promising at the beginning of the year, and the CPU itself doesn’t offer the PCI-E 3.0 support that made it seem like a semi-valid upgrade from the current variety of suffix-less Sandy Bridge CPUs. Single threaded performance looks to be on par, or ever so slightly behind the I7-2600K from the preview articles. Multithreaded performance on the other hand gets a nice boost to the tune of 30 percent or so. But I suppose the most interesting improvement is a doubling of AES encryption bandwidth over the original Sandy Bridge. 50 percent more cores for a 100% performance increase; that’s good work on Intel’s part. 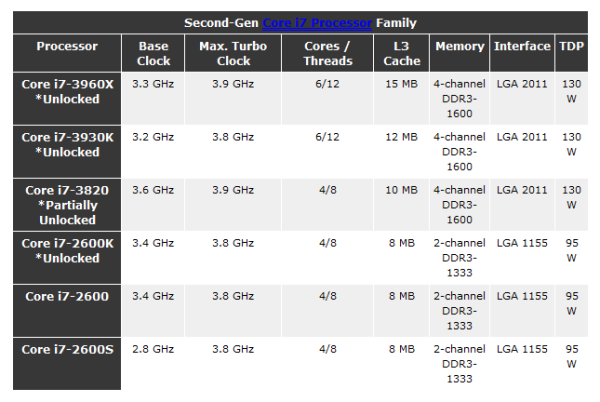 But let’s take a look at the lead up to this launch. Now normally I’d put a neat looking timeline here just like I’ve done in the previous articles. Unfortunately Google has seen fit to destroy the usefulness of its news archives by removing the timeline feature, and in the process ruined one of the most useful anthropological tools on the Internet. But that’s another story.

Rewind back to September, and you’ll probably recall that Sandy Bridge-E started making the rounds with a preview at select large review sites just before IDF. This is one of the major reasons we know so much about Sandy Bridge-E. The response from the community to these previews was pretty mixed with most not seeing a need to upgrade from their i7-2600s and i7-2500s that they bought at the beginning of the year. Reviewers on the other hand liked the improved multithreaded performance, but were disappointed by the number of promised features that were MIA.

So where does this leave SandyBridge-E? Well, it’s going to be the fastest desktop CPU on the market. It brings a four channel memory controller to bear, along with up to six cores in the highest end incarnations. In short it’s a winner, but that’s due more to a lack of competition, and a lot of raw horse power, more than anything else. 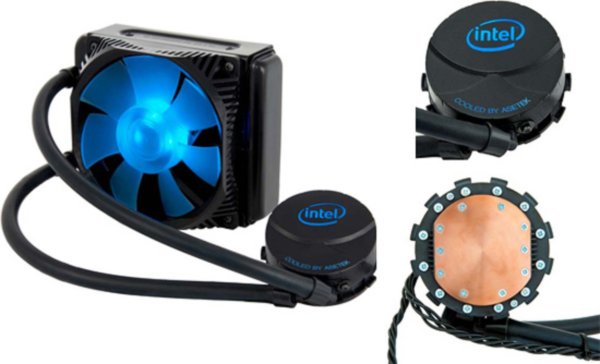 One of the more interesting things that Intel is doing with this launch is offering a water cooling solution. The coolers are produced by Asetek, sport a single 120mm fan, and are compatible with all of Intel’s new desktop sockets since late 2008. This mimics what AMD did recently with its own water-cooling line.

Whispers have been making their way around what some might call a series of tubes that Intel will only be offering limited quantities of Sandy Bridge-E at launch, with some floating a 10,000 unit number. Now a smaller launch makes a lot of sense for this product. The market they’re aiming at isn’t all that large to begin with, and Intel isn’t really delivering what they promised with this product, which may quell some potential demand that would have existed for a chip with a super powerful chipset and PCI-E 3.0 support.

Whatever the case, it seems that SandyBridge-E, much like AMD’s poorly received FX chips, will be getting another silicon revision with the first half of next year. While it’s unlikely that a single silicon revision will get AMD’s FX chips back on track, SandyBridge-E stands a much better chance of becoming what it was promised to be around this time last year.

Despite this bit of gloom, the motherboard makers have seen fit to turn Intel’s X79 launch into quite a show with pictures of unreleased motherboards from MSI, Gigabyte, and ASUS popping up at trade shows and in the inboxes of journalists across the globe. Tom’s Hardware got a chance to look at a few offerings, as did S|A’s own Charlie Demerjian . So it looks like there will be quite a variety of motherboard colors and layouts to choose from for anyone in the market for a SandyBridge-E setup.

We look forward to midnight, as another piece of silicon the size of your finger nail gets to be cooled to near absolute zero for some sweet overclocking results. There’s a new desktop CPU Queen, don’t stay up too late waiting for her.S|A