Last September Microsoft’s Steven Sinofsky published a blog promising quicker boot times on Windows 8. Simply put, Microsoft has delivered.  Now I’m sure that you’re all well aware of what overclocking entails; from playing with unintuitive BIOS settings, to watching numerous blue screens of death, to hitting F10 on your keyboard and hoping that maybe upping the voltage just a bit more will make your system stable.

Overclocking can be a boring and tedious process that takes hours upon hours. Luckily, Windows 8 eases that pain to some degree. In the amount of time it takes me to boot Windows 7 twice on the exact same hardware, I can boot Windows 8 approximately five times. That’s quite an improvement, especially considering how fast Windows 7 booted on my SSD in the first place. 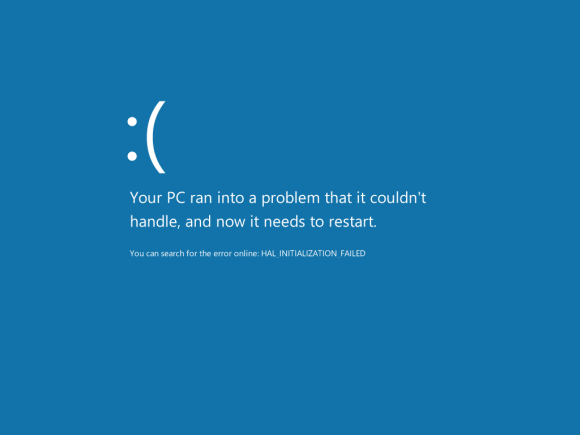 Another thoughtful change to Windows 8 is the new, more comforting, blue screen of death. The new BSOD isn’t something that just affects people that are overclocking though, more typical users will no doubt run into it when something goes terribly wrong. I think most everyone will agree that it’s much nicer to be greeted with a couple sentences and a sad face, than it is to stare at a harsh blue screen with white text and another less than useful error code.

In any case Windows 8 recovers from bad boots and interrupted boots in a much more graceful fashion that its predecessor. For example, I was overclocking a Celeron 430 with a dear friend, who shall not be named, and he happened to nub the reset button on my motherboard while Windows 8 was repairing itself from an unstable overclock that corrupted some files. Needless to say I did not respond kindly to his transgression; but Windows 8 took the reset in stride, and offered to try repairing itself again. Two minutes later everything was running ship shape. 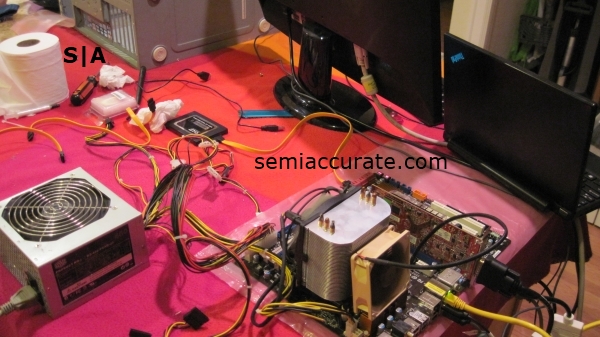 Now that I had evidence that Windows 8 was easier to overclock with, I wanted to see if there was any difference between Windows 7 and Windows 8 in terms of overclocking potential. To this end I overclocked an Core 2 Duo E8400 that was floating around in S|A’s orbital laboratory. I ended up with an overclock of 4.9 Ghz on air cooling, which is well within the normal range for E8400 overclocks. So at the very least we have some anecdotal evidence that Windows 8 isn’t limiting overclocking anymore than previous versions of Windows.

The takeaways here are that quick boot times make tweaking your BIOS settings to find the magic numbers less tedious; and that Windows 8 takes a hit to the chin, in the form of an unstable overclock, in stride.S|A