Running around at Common Platform, we happened to notice a little slide on Samsung’s Exynos 5 series specs. How nice to have confirmation about the specs and the Mali GPU it carries.

The short story is that Exynos 5 is a 32nm A15 core chip fabbed at the Samsung fabs, duh, and sporting an ARM Mali T-604 MP4 GPU. It will run at up to 2GHz, two CPU cores, four GPU cores, and 64-bit memory up to 1600MHz. Don’t expect those to see either of those speeds in a mobile device though, at least not before the next three big leaps in battery technology. 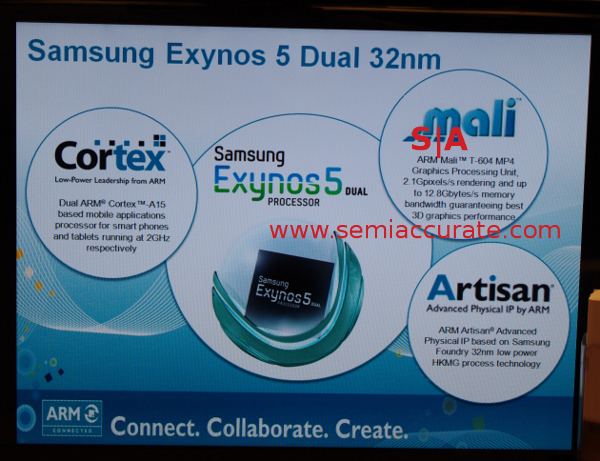 So far, so close to the rumors. The real question is what do they look like in the flesh. Well, the answer to that we found in the corner of an old picture. We won’t say more to protect the people who probably should not have let us take the picture below but gave their permission anyways, that had this in the bottom corner. Sorry about the quality, but it is all we had. Luckily, we now know what the mystery board is, it sure isn’t the Exynos 4 dev board.S|A 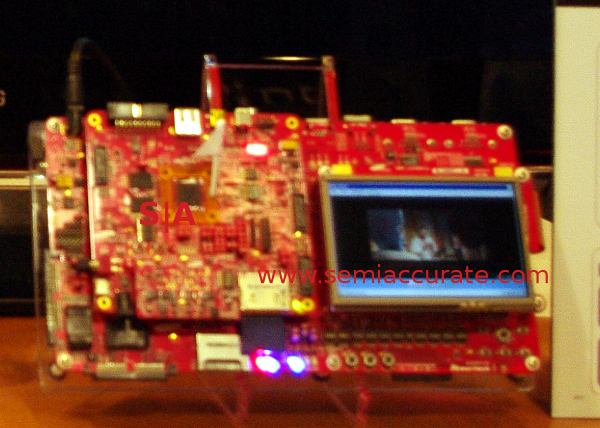