Kyocera Honey Bee is the fastest and ugliest phone out there

The world’s fastest phone is also the ugliest phone out there, but if I am wrong, please don’t link corrections. The Kyocera Honey Bee Softbank 101K takes multiple crowns in one hideous package.

It isn’t exactly new, but when I saw it for the first time at the Imagination booth at GDC, the Honey Bee was, well, uglier in person than in pictures. Far uglier. Imagine my surprise when I was told it sports a Renesas APE5R CPU at 1.2GHz. This phone has a dual core Imagination 543 MP2 GPU along with two ARM A9 CPUs, so it will keep up with anything on the market. In fact, it is the fastest phone on the market that anyone at SemiAccurate HQ can find. 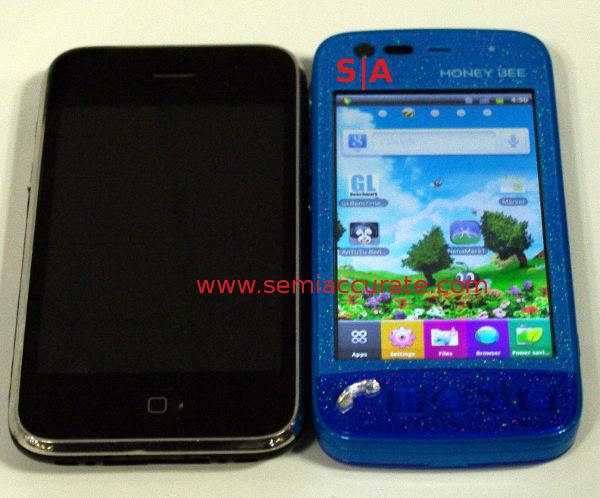 So, the problem for a geek is that the fastest phone out there is also the ugliest. Show up with it at a lan party, and well, you will stand out, but not for the reasons you hoped. Pictures don’t do it justice, there is glitter embedded in the translucent plastic, had horrid raised buttons, and it, err, sparkles pink in bright light. The only way it could be worse is if it came in hot pink. Moral of this story, when you say things like that to they PR person giving you a booth tour, they respond that… oh just click the link.S|A