IDF 2012: Better and faster than the old way

Working with some academic researchers, Intel has come up with a new and better way of doing height field rendering. This new algorithm is not just more accurate, it is faster as well.

The idea is simple, take a height field data set like a radar terrain image, and turn it in to a pretty picture. The uses are obvious, but the traditional method of doing it has all sorts of rendering errors when you zoom in close enough. Look at the picture below and note the holes in the mountains, errors in the edges, and a really glitchy upper right mountain. 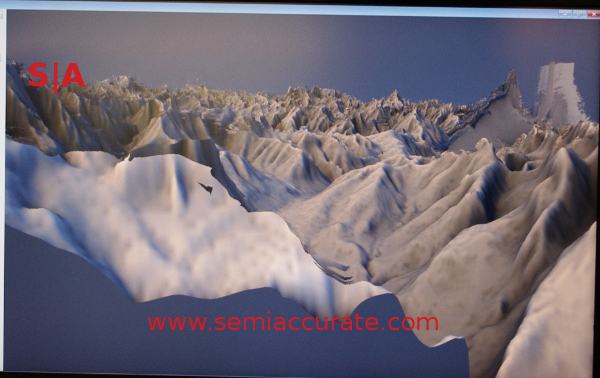 The old way is literally full of holes.

Why does this happen? When you use a traditional ray marching algorithm, basically take a point and scan the surface until you hit something, you can get shadowing. This is where one point blocks another, and sample rates miss bits and pieces. Sample rates also have a large effect on the surfaces as well, especially at low angles. Basically errors occur all over.

Shadowing on the left, fixes on the right.

The two traditional ways of rendering the image without errors, either a cone for angled views or a vertical keepout area, work well to avoid the problems above. One problem is that they are slow, really really slow. The traditional error prone method is not all that fast either, but it is fast enough to work in real time on a relatively modern CPU. 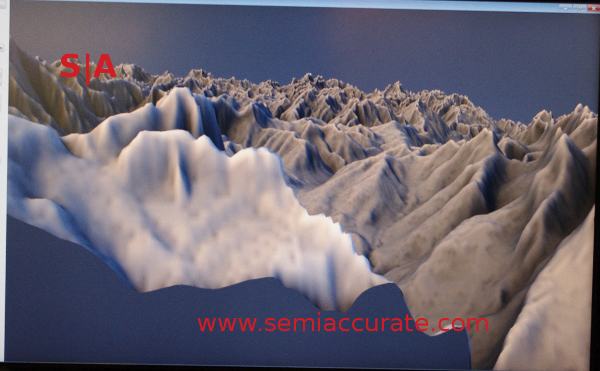 The fix is a hybrid, and it is faster too.

Researchers working with Intel came up with a hybrid method that has a vertical keepout area to a certain point, then a safety cone above that. In theory the idea is simple enough, but the exact implementation is not as easy or straightforward, if it was, it would not have been a breakthrough. That said, what the teams involved have come up with is not only vastly more accurate, but notably faster too. Not a bad end result.S|A