Venom, makers of gaming accessories, have a new VPN for cell phones called Dataguard. It works about how you would would expect it to, but biggest benefits are not from the security side.

The idea is simple enough, Dataguard compresses your cell traffic, and you encrypt all your cell traffic on top of that. Yes, we know that 3G and 4G connections can be encrypted internally, but that is more dependent on the carrier whims, most people don’t even know it exists. With Dataguard, all outbound traffic is theoretically locked down. 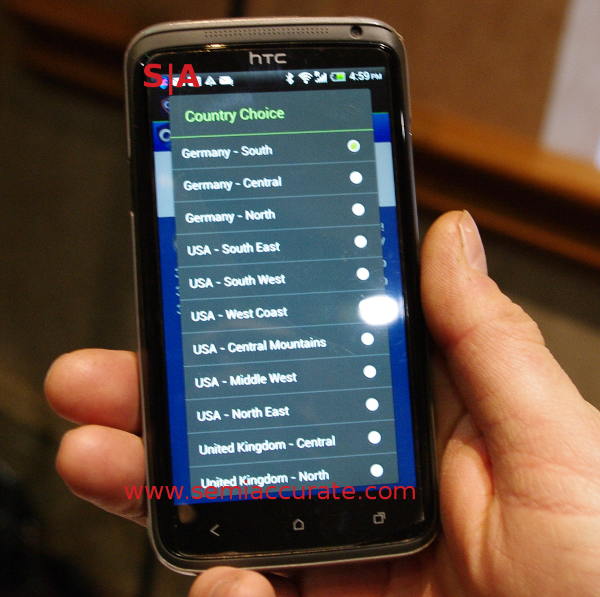 Pick your place of poison

Dataguard appears to be a full featured VPN, but one thing stands out, geolocation. The program normally picks the lowest latency endpoint for your VPN and automatically uses it like you would expect. Fair enough, but if you have a need, you can manually specify where your endpoint will be. This opens up all sorts of useful tricks to the user, added latency for fun and profit being only the first.

Want to watch your BBC iPlayer subscription in the US? How about buying something from Amazon when you are not US based. Firewalled from something you need to get at for work, Great or otherwise? Told your boss that you really are in southern France when you are actually in south (New) Jersey? Or in France when you should be in New Jersey? No problems any more.

Getting back to the tech, it is a full featured VPN with a user friendly shell over the top, but our time with it was limited. Dataguard uses standard IPSEC tunnels and will do up to 256-bit AES encryption, not bad for a cell phone but I am not so sure I would want to depend on it to keep an angry nation/state at bay for long. That said, for the end user it looks more than capable of keeping prying eyes out.

You can get Dataguard now as a subscription, it is $10/month on the low end, $50/year on the high side. There is a data cap of about a gig, but unless you are serially streaming movies across it, this should be a non-issue. In the US, your cell company will repossess your house long before that cap is hit. Dataguard looked like a solid enough product from our very brief time with it.S|A

Editor’s note: The order of encryption and compression wording left some confused, it has been reversed for the ease of your reading.  Updated: Monday, January 7th, 2013 4:40pm.