The Twonky trailer at CES has something I wasn’t expecting, their server running on a Raspberry Pi. To be fair, everything runs on a raspberry Pi sooner or later, it was just the level of performance that shocked me.

Twonky’s clients are chipmakers, device makers, and content vendors, basically everyone but the consumer. They will optimize their software and license their server and related software for your chips and devices so a vendor can offer their customers a turnkey package to customize. Imagine trying to sell an embedded device or part in today’s market without a media player, streaming or not. You won’t get very far without it. 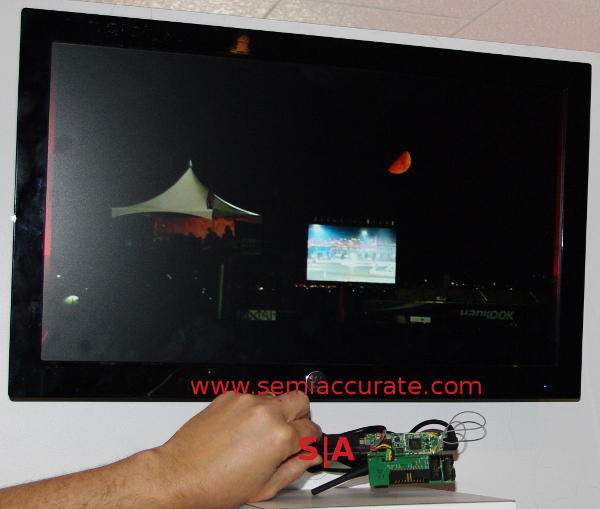 Seeing the demo at CES was quite impressive, especially considering raspberry Pi is $35 for a complete system. Twonky is claiming that a Pi running their software will play 720p content without a problem, but were a little reluctant to claim more than that. Given the smoothness of the playback we saw on random YouTube videos, it is probably safe to say they are under-promising here. To me anyway, that is really impressive. 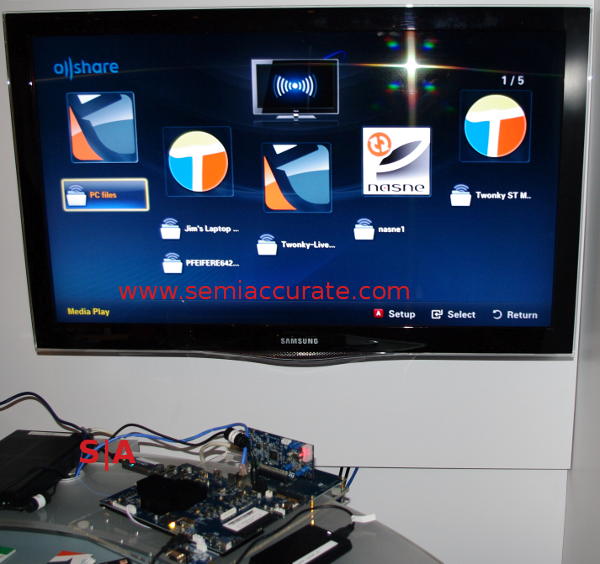 ST Micro and a TV tuner with Twonky

Moving on to a more conventional chip, Twonky was running on a ST Micro SoC dev board with a TV tuner. If you are thinking that this is basically a set top box with a lot of smarts, well, that is the idea. In fact there are a lot of STBs out there with Twonky, you probably just don’t realize it. The fact that a Rasberry Pi can get most of the way there on such a tiny open platform is even more impressive. Hack away and make something cool, you know you want to.S|A