The cooler on AMD’s R9 290X has come under a lot of fire from users and reviewers alike. I personally don’t find the noise level bothersome, but I have burnt myself a few times pulling the card out of my case. Luckily an adventurous  commentator over at the Techreport by the name of  codinghorror developed a solution for the R9 290X’s air flow problems by bravely taking a dremel to his brand new $550 graphics card. Brilliant, right? 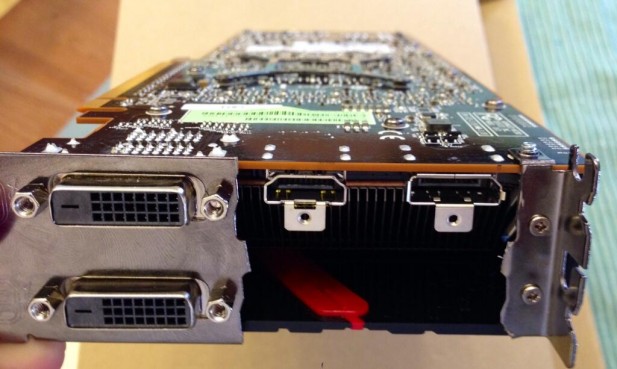 Now some of you might be thinking that codinghorror saw one too many bugs at work and finally went over the deep end, but there is a method to his madness. By effectively removing the rear I/O panel bracket from the R9 290X he gave the card a much wider and lower pressure exhaust port for the fan to push air out of. Much like sticking a 4-inch exhaust pipe on your mom’s Civic, codinghorror has drastically reduced back-pressure within the card and in the process made it easier for his R9 290X to move hot air away from the GPU and out the back of the case.

In theory this means that the R9 290X should throttle less and require a lower fan speed to maintain its 95 degree Celsius operating temperature thus reducing the noise profile of the card. 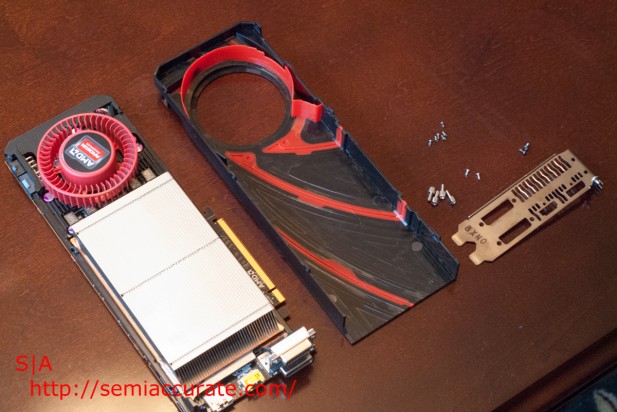 Unfortunately for codinghorror though, taking a dremel to his R9 290X might have been a bit premature as there are a grand total of 15 screws holding the back panel in place. All you need is a small Philips head screw driver and a pair of needle nose pliers to take the I/0 bracket out without damaging anything. The whole process takes about five minutes. 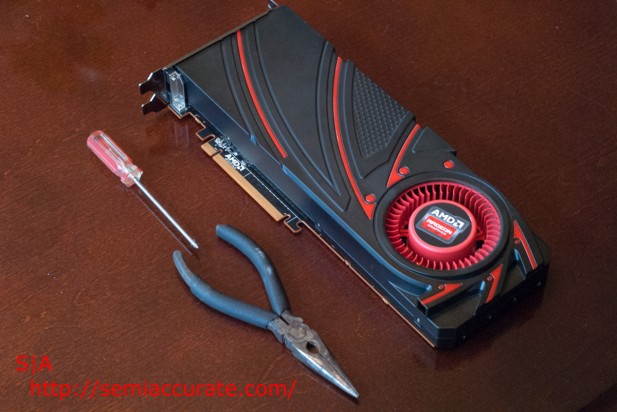 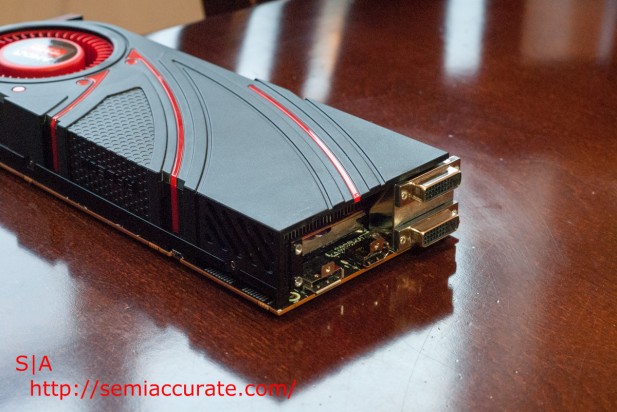 Of course now that we had a modded a R9 290X on our hands we had to run it through some benchmarks to see what advantages our DIY adventure had to offer. Here’s our test system and please note that all of our benchmarks were run at a resolution of 1080P and our GPUs were preheated for five minutes prior to benchmarking. 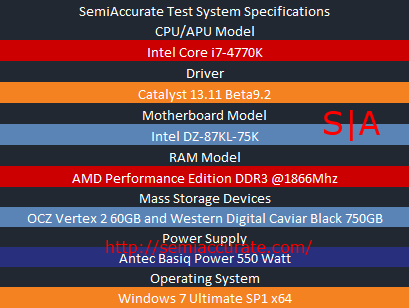 We took some noise numbers with our handy decibel meter during our Battlefield 4 benchmark.

Right off the bat we can see a small reduction in noise output from the R9 290X. Admittedly the difference is minimal, but these figures don’t really do the change justice because the tonality of the noise coming R9 290X changes from a slight wine at stock to just the sound of air whooshing by with this mod. Subjectively the noise coming from the 290X was lower in volume and more pleasant on our modded 290X. 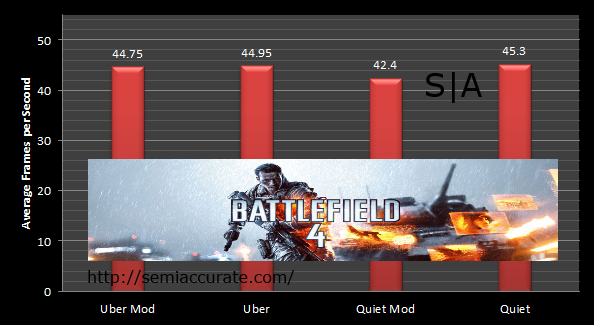 There’s basically no difference in performance in this benchmark, and what little there is I’m willing to attribute to variability between runs. 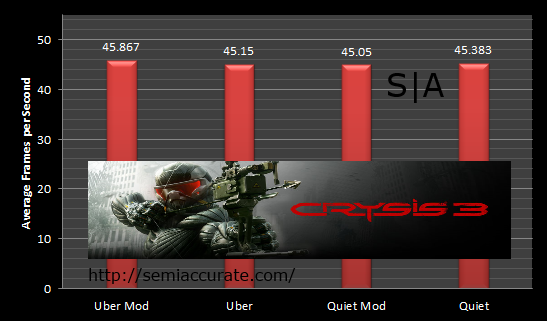 Again, no difference between our four versions of the R9 290X in this benchmark. 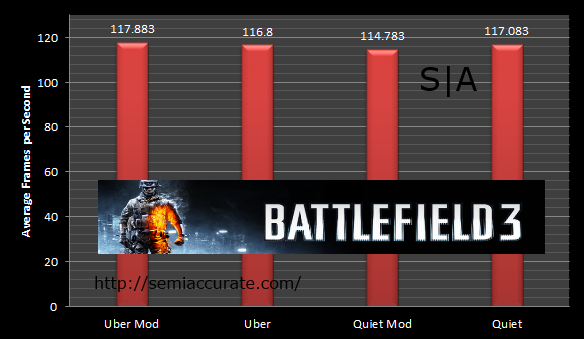 Well, that was a boring show of basically nothing that took two hours of benchmarking to put together. The take away here is that our mod had little to no effect on the performance of the R9 290X in the benchmarks we looked at.

All is not lost though, as our little mod did conclusively reduce the noise profile of the R9 290X even if it didn’t boost performance. The drawback to our mod is that in PCs where the motherboard is positioned vertically users may see a modded R9 290 wiggle around in their case a bit more because there’s no longer a back-panel bracket to hold the card in place. A longer term fix for this issue would be to remove the sections of the panel constraining air flow while retaining the case mount on the bracket. But if you ever had to RMA your 290X it might be difficult to explain why your modded back-panel doesn’t void your warranty.

Our thanks to codinghorror for this entertaining idea.S|A