Gelid has fans and medical sensors

Gelid was showing off something old, something new, and something different at Computex. SemiAccurate thinks that the different one, a medical sensor bearing phone case, has some real merit unlike many others in the genre.

Since Gelid is a company with long roots in PC cooling, lets start there. First off we have a large 140mm fan with a twist, 120mm mounting brackets. The idea is that you can put it on a device and overhang the edges. Gelid says that they modeled the thermals and airflow and it does provide better cooling than a 120mm fan sans overhang. Since these guys have a long history of doing cooling right dating back to the Arctic Silver days, I would believe them. You can see what it looks like mounted on their Antarctica heatsink. 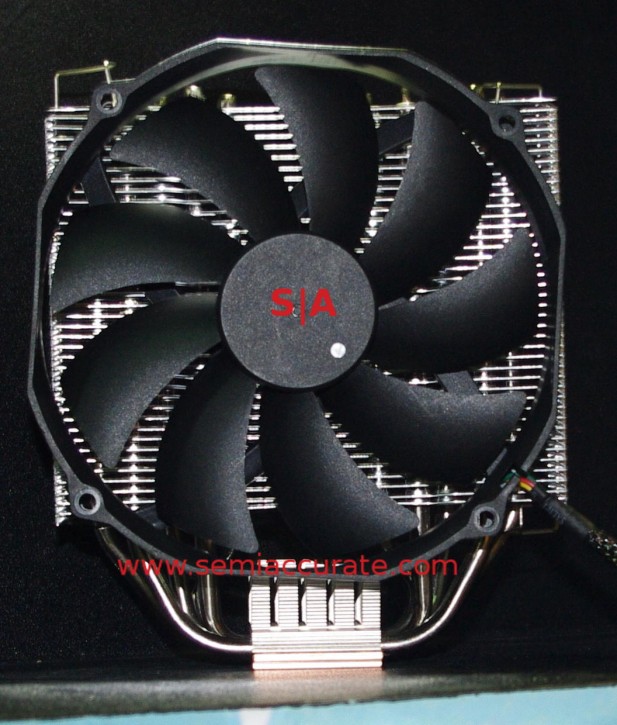 The overhang isn’t just for looks, it is cool

Moving on to another interesting thermal product we have the new GP-Extreme gap filler. Think of this as a thermal pad meant to even out areas too large for thermal paste for example the difference between the GPU and memory heights in an HBM setup. GP-Extreme comes in .5 and 1mm thicknesses, and is a dull grey color but we won’t tell you what it tastes like, you will have to figure that part out on your own. If it is toxic or makes you sick, please let us know so we don’t try it ourselves. Eating thermal compounds is a really bad idea even though it looks yummy, consider this a warning. 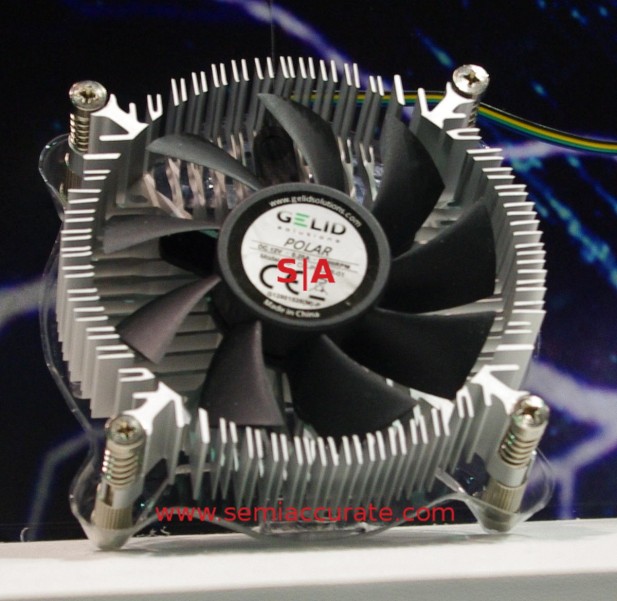 Small and compact but also cool

Back to fans we have the new Polar aimed at the HTPC set. Polar is meant for 1U cases, is 26mm tall, and will dissipate up to 65W. If you are looking for bleeding edge heat pipe tech and attachment mechanisms, Polar isn’t for you, but what did you expect from a 26mm tall thermal solution, magnetic levitation? Yes, yes, we know about those fans, but they are not on Polar either. 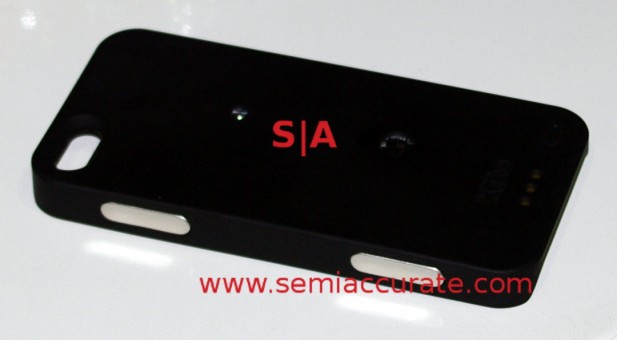 The two on the back are hard to see

Next up we have a case for the iPhone5/6 called Kito, and it is a certified medical device in Europe. Kito has two sensors on the back, two on the bottom, and also connects to the iPhone itself. You put fingers on each pad and the sensors read for 30 seconds. While this is happening you get a spiffy readout telling you that you are still alive and your heart is still beating, hopefully. It looks like this. 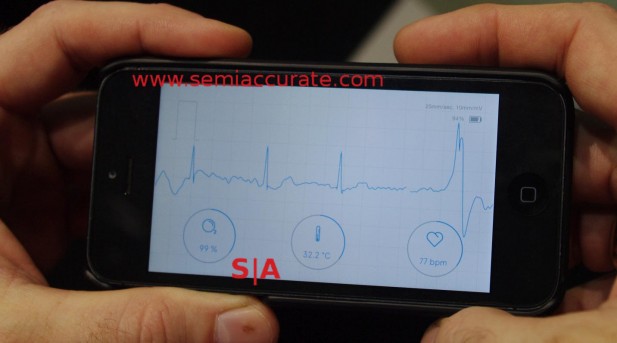 Note: The test subject appears to be alive

Once done it will give you an ECG graph, blood oxygen levels, respiration, and skin temperature. Since it is on an iPhone, connectivity is assumed but at the moment the software isn’t tied into anything directly. SemiAccurate considers this to be a good thing, at least in the USA, for the time being laws have not caught up to science in this area. There is also an OEM version coming for Android but no ETA on that one yet. Expect Kito to cost $199 or so when it is released in a few months. 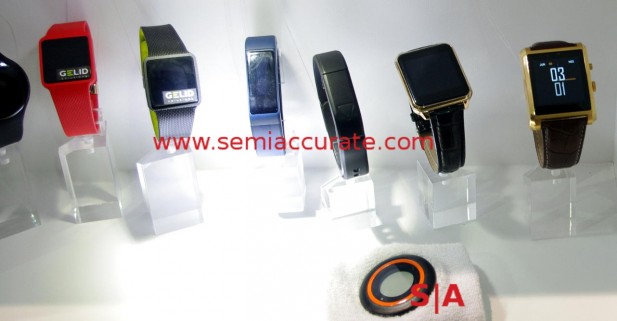 We got your watches right here

The next bit is something we didn’t expect from Gelid, wearables. The line has the usual assortment of wristwatches, clip-ons, and other form factors ranging from pet collars to child tracking devices. This line is so new it doesn’t have a name yet but Gelid is really good about showing only items that will really come to market. We think that by CES, there should be product on the market from Gelid in this category, but until then we will just have to wait and see what eventually emerges.S|A