This one really brought back some memories

Kingston is celebrating 16 years in gaming with it’s HyperX brand and a total of 60 million modules sold. SemiAccurate doesn’t normally care about such milestones but who can forget the first blue HyperX modules, they changed things.

Before writing this story I went to my under construction office and looked for the blue HyperX DIMMs I have from that time period, 2002, to take a picture of. I didn’t find them but I did find a 100MB floppy and a Jaz drive, sans disks, but the box of obsolete memory is still hidden somewhere. That said I know I have a few of these somewhere. 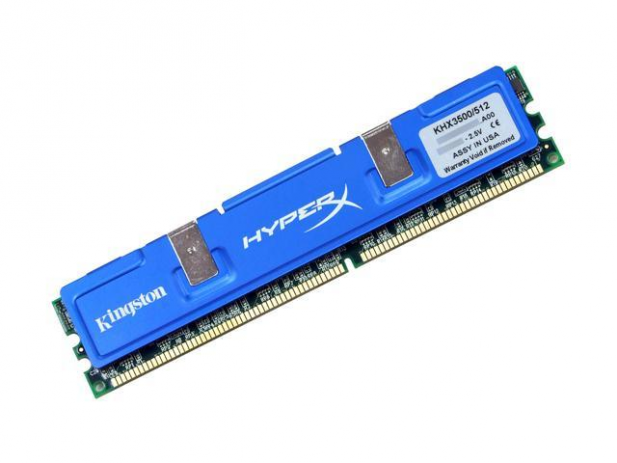 Brings back memories don’t they?

Why are these HyperX modules so important? They were one of the first mainstream brands to make overclocked, enthusiast oriented parts with consistent high quality. Essentially they were Kingston memory binned to higher standard than normal, and they had a heat spreader backed by actual engineering, something that many brands still lack to this day. On top of that Kingston made distinctive industrial design choices and supported the broader enthusiast community before either was cool.

Since those first parts HyperX has branched out into a lot of memory niches from low cost gamer/enthusiast to high performance, enthusiast flash, keyboards, headsets, and much more. The new stuff may not be the same shade of blue that really did change things 16 years ago but several of the people I know from the company at that time are still there and still keeping the enthusiast flame lit. And now HyperX has sold it’s 60 millionth enthusiast module. If the average over that time frame is only 1GB per module, that is 60 Petabytes of enthusiast memory shifted in 18 years. Very few others are in the same ballpark, this milestone did bring back some memories.S|A

Authors Note: I just looked through my travel bag to dig out my HyperX gear for pictures. Of the ~10 flash drives I have in it, three are Kingston but none are HyperX. I feel so guilty after writing the above and not having a single one that I am going to go out and buy one tomorrow. And dig out the DIMMs from the construction zone that is my office. When I get back from the two work trips I am taking in the next two weeks.