AMD has lots of GPUs at CES

AMD has some new GPUs mixed in with refreshes to show off at CES. SemiAccurate is pretty neutral overall on the offerings, nothing amazing but nothing bad, just light iteration.

There are two new laptop lines and one new desktop card, all of which are variants on the RDNA2 based GPUs already on the market. There is the -S series for thin and light, a refreshed 6nm mobile -M line, and a 6500XT desktop GPU based on the -M parts. On top of that there are the obligatory Windows only software offerings that are irrelevant to us. 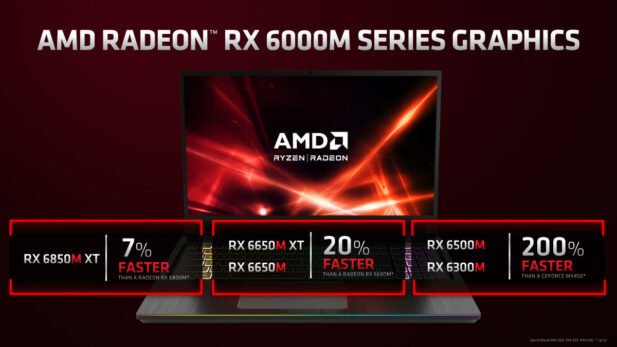 Puts the ‘mild’ in mild refresh

Up first is the 6000S line, a refresh of the current 7nm parts aimed at thin and light designs. They are a claimed 20% thinner and additional power management features thrown in, so basically a new package aimed at markets AMD couldn’t play in until the last generation or 2. All of the -S series are based on a 237mm^2 TSMC 7nm die. Not much to see here. 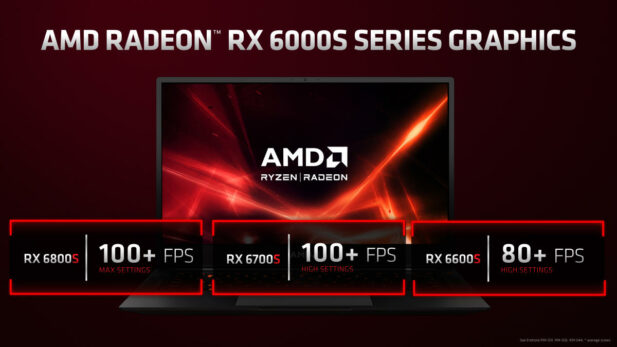 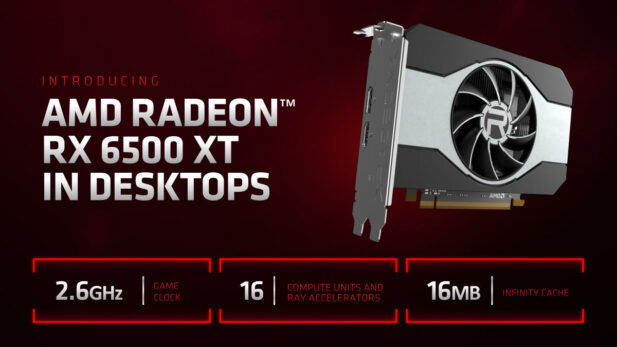 If you take that last 6nm die and up the TDP to 80/107W GPU+RAM/board power and slap it on a PCIe card, you get the new 6500XT. It has 16CUs, a 2.6GHz clock, and 16MB of cache, so basically a low end board that is good enough for light gaming. Since this is what looks to be a 6500M/6300M die, that should give you an upper bound for what can be done in some of the more unconstrained laptops but it won’t change the leaderboard at the top of the gaming world.

Moving back to software we have, well, a whole lot of nothing. The first standout takes FideltyFX Super Resolution (FSR), something that SemiAccurate likes a lot, and bakes it into some drivers. What was in a game is now in the system, as long as you use certain version of the drivers with certain versions of Windows. This once promising technology just died a sad death but at least a few games will see the benefit.

There is also a ‘privacy’ feature called AMD Privacy View (APV) which is once again Windows only but that is a good thing. Why? Because a lot of these features are put in place without thinking about the broader issues, and APV seems to be one of them. It takes your laptop camera and tracks eye movement, blurring out areas where you are not looking. Neat idea, we’ll give them that.

Then you think about it and (hopefully) ask questions like are always on cameras a good idea? What does this do to battery life? The list goes on, and this feature is just a third party program you can hopefully turn off and will be forgotten in a driver release or three. Best of all it is Windows only, always on cameras are not a problem but the processing to analyze the images and work out where you are looking on the screen can’t be energy light. So a hearty ‘well done’ for the idea, we can’t say the implementation makes us happy.

The there is Smartshift Max, a ‘Max’ version of earlier Smartshift which would allocate unused TDP from the CPU to GPU to increase frame rates dynamically. What elevates this one to Max is beyond us but hold out for the inevitable Exxxxtreeeem1!! version, if it was good enough for Jello…. We can’t tell you how well this works if at all since AMD pulled our test hardware but in theory it should do what it says but the benchmarks look hopelessly over-optimistic.

Coupled to this is Smartshift Eco which is claimed to up to double gaming time when a laptop is on battery power, and it probably does. What does this miracle tech do? When you unplug your laptop it shifts the graphics from rendering on a discrete GPU to the integrated one which in all likelihood will double battery life. What is somehow not mentioned is the effect on frame rates which curiously didn’t make any performance slides either. Again don’t look for us to test this but there are probably a few reputable sites left that will.

Normally things like Smartshift Eco and similar mechanisms for discrete GPUs have a glass jaw, the display is hooked up to one side or the other, usually the discrete GPU. If you are on the unit not directly connected to the display it will incur a latency penalty, not huge if done right but every frame counts in most games. Additionally some of the ‘other’ GPU has to be powered up to pass packets which leads to wasted energy, high speed data transfer is expensive. Then there is the problem of using a CPU and GPU from different vendors and the low level driver hacks that often ensue to minimize latency and energy use. This problem is going away with the anti-consumer A+A and Evo schemes but it will be with us for a while. What to do?

AMD’s solution is called Smartaccess Graphics, basically a switch that will dynamically connect the right GPU, be it discrete or integrated, ‘directly’ to the display. If done right it will add minimal latency, energy use, and cost to the system. If done in a sub-optimal manner, well do we really need to lay it out? We are not sure how this actually works but hopefully it is seamless in hardware/firmware rather than a driver hack. Maybe someday we can test things like this too…

As a side note, for the first time in a long time, the AMD GPU CES slide decks are really solid about properly documenting the setups. Not perfect but a massive step forward from the grossly inadequate disclosures of the recent past. Well done there AMD.

Overall AMD’s CES releases are a bit underwhelming, two ‘new’ lines that are basically mild refreshes and thinner packaging, plus a small number, two actually, of 6nm mobile GPUs. The big bang is a new low end 6nm desktop GPU, be still my beating heart. The software and ‘features’ are another in a long line of letdowns from AMD, they sound good but are too limited in scope to be actually useful. SemiAccurate expected much more from AMD, what we got is OK but not exciting.S|A