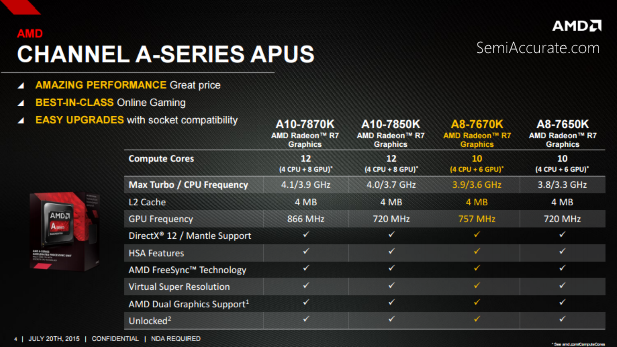 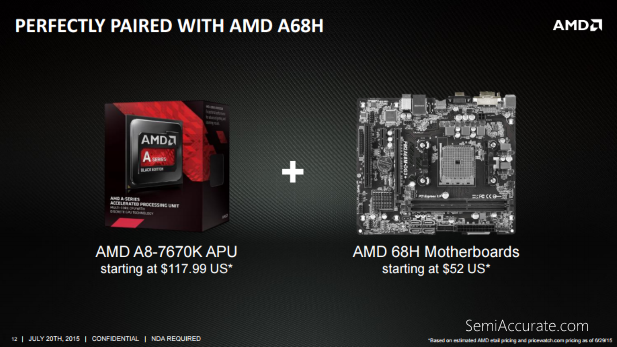 More interestingly AMD is highlighting the fact that OEMs are now selling socket FM2+ motherboards based on the 68H chipset for about ~$50s. So for about $200 for the core components (Mobo + CPU + RAM) you can put together a reasonably powerful light-duty PC. 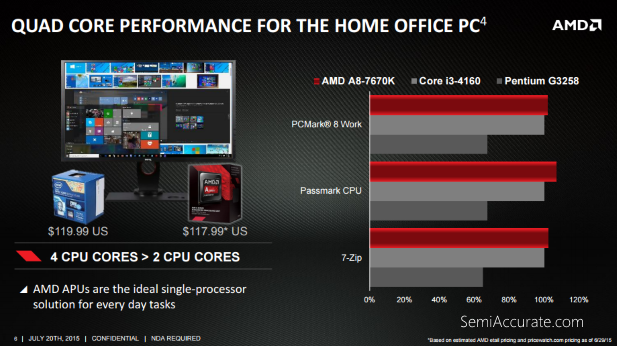 All in all, the A8-7670K is a nice if rather unremarkable addition to AMD’s APU lineup. If you’re in the market for a cheap desktop, then this APU looks like an option worth considering.S|A