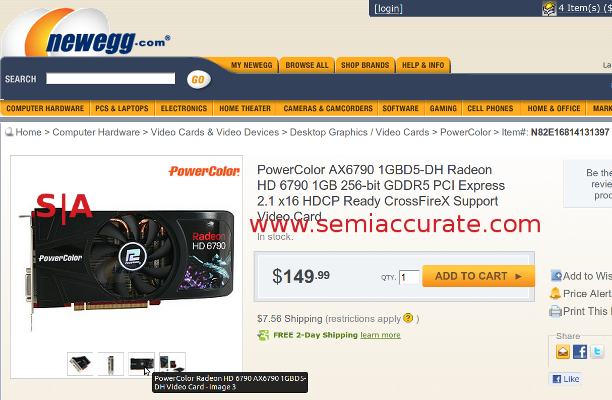 Up early, down early, the Powercolor 6790

Thanks to sharp-eyed SemiAccurate reader David, we have a screenshot of the Powercolor Radeon HD6790 to share with you. The posting has been pulled from Newegg, it isn’t set to launch for another two days, but the specs match what is rumored, 800 shaders, 840MHz, and 4.2GHz memory. As you can see, the price for the Powercolor version is $149. right on top of the Nvidia GTX550Ti, a card that it should easily thrash.S|A