CES 2013: Lots of power on a chip to power other chips

Lilliputian Systems was showing off their fuel cell power unit at CES, and the details are very interesting indeed. The idea behind fuel cells is easy enough, but the implementation is where the magic lies.

What Lilliputian is about to ship is easy enough to describe, a solid oxide fuel cell module that puts out 2.5W across a standard USB connection. It uses replaceable butane cartridges that each provide 55,000mW hours of energy. If you compare that to a average phone battery that can provide about 8 hours of use from 1500mWH, this unit’s two weeks of claimed use time seems fair enough. The whole package is going to be sold under the Nectar brand. 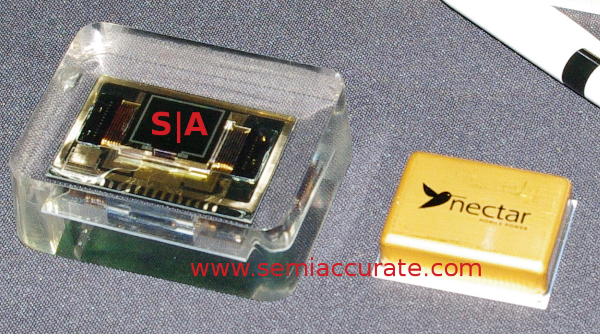 Cells with and without casing

The first thing to look at is the fuel cell itself. They are little golden packages about 1 inch in the largest dimension. Next to it is an early prototype stack encased in glass. It is quite three dimensional in nature even though it is made on a silicon wafer in a chip fab. The cell itself is encased in what Lilliputian calls a pod, basically a dock for a fuel canister, a small battery, air intakes routing, exhaust routing, and control chips. Overall, a pod takes up about 150cc, this is not a dumb battery. 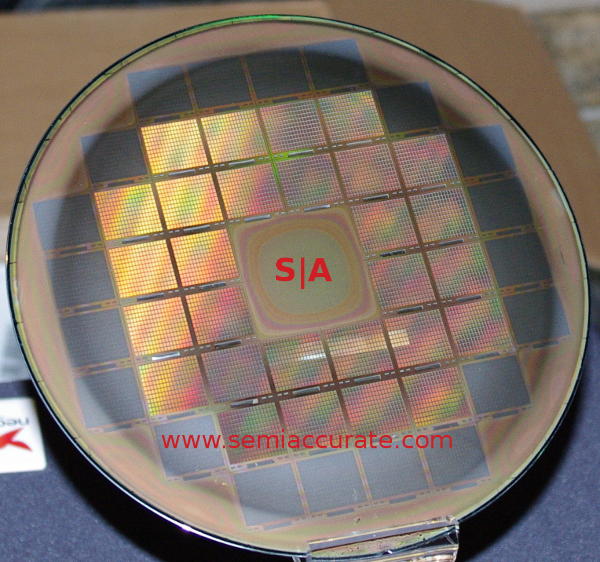 The fuel cell itself starts life as a standard 8 inch silicon wafer, and is manufactured like a chip. This gives them fine control of the physical structures, if you can make sub-micron structures for a CPU, fuel cells are not a big deal to draw. Minute features and surface texturing that are impossible through conventional manufacturing processes are not just possible in a fab, they are almost trivial compared to a modern CPU. This is MEMS at best.

There are a few advances that Lilliputian has brought to the market, sealing tech and thermal management are two of the biggest. To generate 2.5W of electricity at a claimed 25% efficiency, you are going to need to dissipate 7.5W or so of heat. That is easy enough given the size of a pod, but the fuel cell needs temperatures of 600C to operate, more is better. Getting rid of the heat isn’t the problem, keeping it in long enough is.

To this end, the cell itself operates under a vacuum to prevent thermal transfer. Keeping a vacuum in place over time is hard, but doing so with repeated thermal cycles to almost 1000C is very hard. Lilliputian came up with a novel glass sealing technology to do this, and since they have products coming to market, it appears to work.

The other way that you lose thermal energy is IR radiation, and for this, the cell is coated internally with reflective coatings, and hot spots are shielded with other structures to absorb IR wherever possible. Between this and the vacuum, it looks like the heat retention goals were reached, and Nectar Pods be on sale shortly.

This is where things get interesting. Why? Remember the part about the cells themselves being made on standard silicon processes in a standard fab? Any guesses as to who makes them, and where? No one I asked this question to guessed that it was Intel, but it is. The Hudson Fab 17 has been updated to make these devices, and they are rolling off the line now. That is what you call an unexpected development.

Intel as the foundry brings up another set of interesting possibilities when you tie in one observation, they only agree to be a foundry for devices they plan on using with their chips. So far, if things are not complementary to an x86 CPU, Intel won’t make them. Since Intel are making these devices, you have to ask yourself what they plan on using them for. Sadly, the answer to that so far is that SemiAccurate doesn’t know, but we plan on finding out. Stay tuned, the possibilities are nearly endless.S|A