Not a big deal, just an incremental advance

In short UHS-I defines an interface speed that maxes out at 104MBps and UHS-II raises that to 312MBps but that is just the reader to card rates. UHS-x says nothing about what the flash itself can supply, that is for the Speed Class addendum. The U with a number in it is the Speed Class(SC), the numeral below it signifies the UHS version. 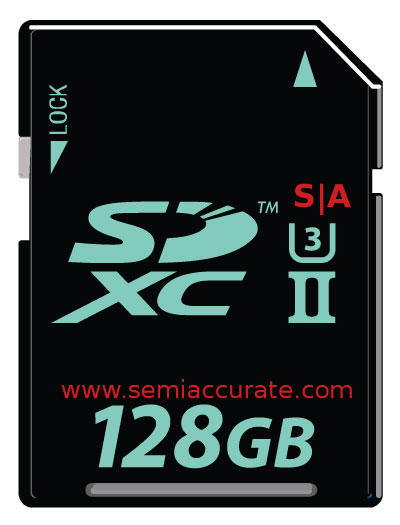 Stunning visuals are not part of the SD spec

So the new bit today is Speed Class 3 devices that specify a minimum transfer speed of 30MBps or 240Mbps, not a bad number really. Both UHS-I and UHS-II have SC3 defined, as do SDHC and SDXC formats. Both are a good thing, the only problem that remains is the SC Association still forcing royalty bearing Microsoft BS patents on us. The more things change…S|A