Computex 2011: Not in pink though, the XDream does that

Coolermaster is pushing two bounds in fan technology, PSU fans that turn off and pink fans. In case it isn’t too obvious, fans were the focus of their Computex presentation.

The biggest announcement at the show is the hybrid fan PSU they were showing at CeBIT is now a full product, the SilentPro Hybrid. The idea is simple, if your System is drawing less than 200W, the fan on the Hybrid will stop, so you have a totally silent machine. Since most modern PCs will be well within that limit for anything but gaming, this PSU should be silent most of the time. 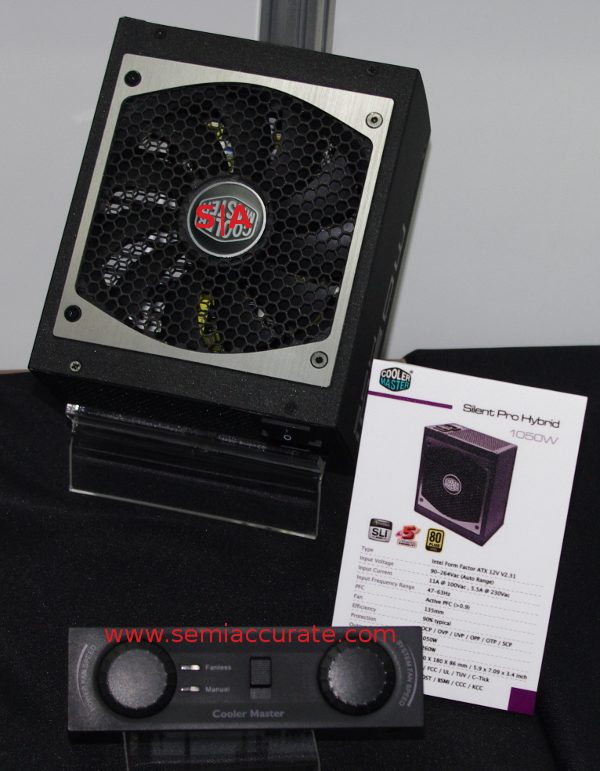 The Hybrid comes with a fan controller, so you can turn the fan on at any time, or change the point where it turns on, but for the most part there really is no need. If things get too hot, it will automagically fire up, but since most HTPCs with a Sandy or upcoming unnamed AMD CPU shouldn’t hit half that, don’t wait around for it to happen. The PSUs will come in 8xx, 1050 and 1300W sizes, and all be 80+ Gold certified. They look really good.

The next one up is the Projet S600 heatsink/fan. As you can see, it has corrugated fins for more surface area. This adds to cooling, and also a little to cost, but since cooling is likely more important than a few percent more on the price, it is worth it. Surface are is the name of the game, and this adds significantly. 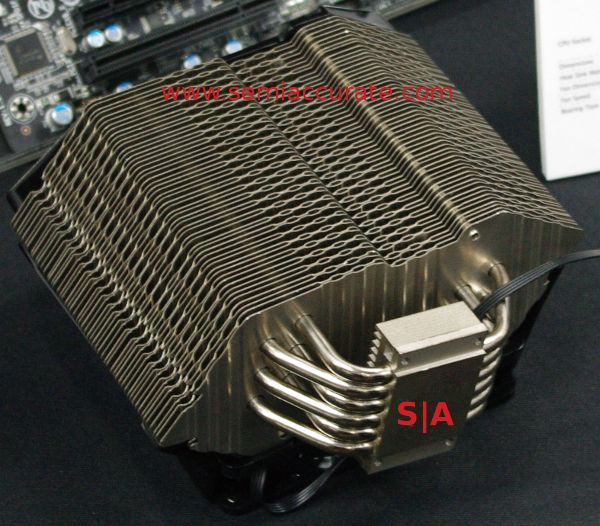 A couple of things to note here. First is the six heat pipes, enough for most people, especially with the fin area the S600 has. They aren’t direct contact, but that tends to be cheaper so it probably offsets the fin cost. The other thing is more subtle, the base plate is slightly angled so the heatsink sits a little ‘off’, Coolermaster says this aids airflow in the case. Since the price tag is said to only be about $40, grab one to try out. 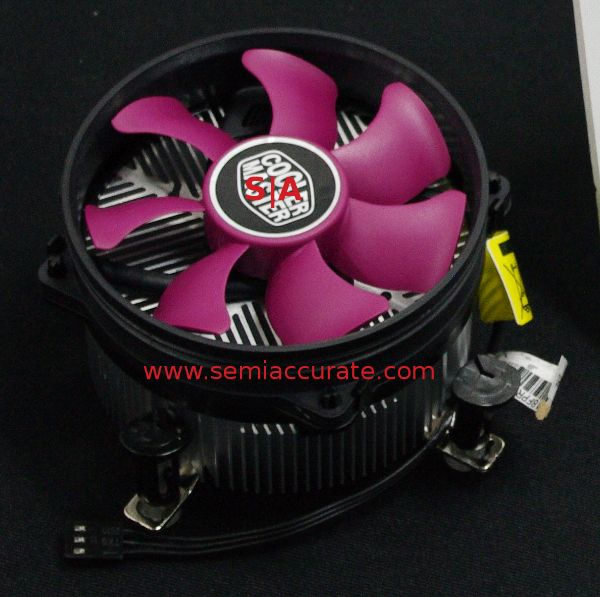 XDream i117, perfect for the wife

And in a statement that is sure to get me hit, Coolermaster has made the perfect fan to get for the wife on your anniversary, the XDream i117. Yes, it is pink. Not much more to say. Time to leave the house before she reads this.S|A