It looks like AMD’s missed the mark big-time with its upcoming mainstream APU, codenamed Kaveri. In Lisa Su’s keynote on Monday the company announced that the highest performance version of Kaveri will be good for 856 GFlop/s. This information is stark in its contrast to 1050 GFlop/s number that AMD announced for Kaveri at its 2012 Financial analyst day. 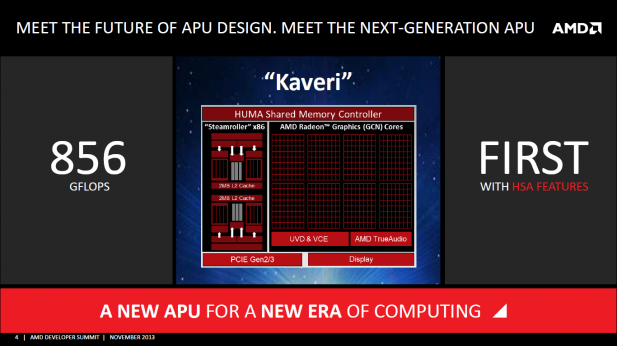 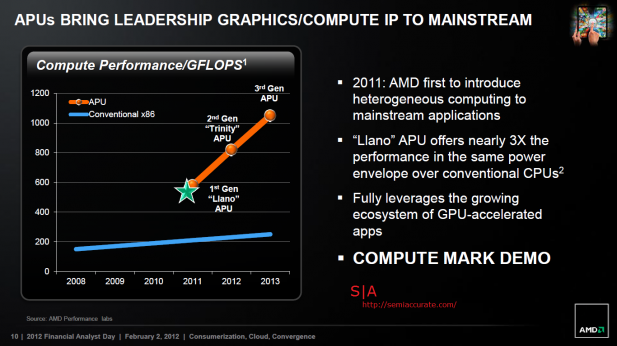 Of course Kaveri has been a troubled chip for AMD. At this point Kaveri is over a year late and most of that delay is due to a series of internal issues at AMD rather than technical problems. But now with the knowledge that Kaveri missed AMD’s internal performance targets by about 20 percent it’s hard to be very positive about AMD’s next big-core APU. 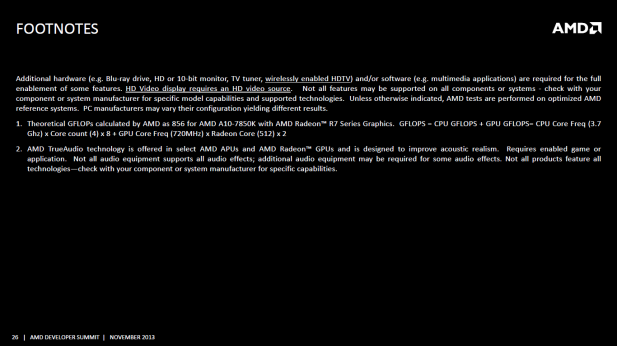 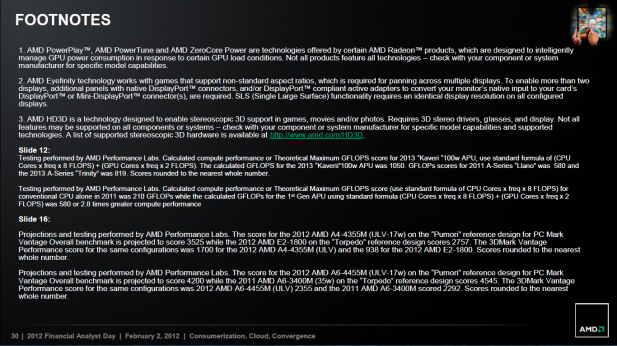 Software side of AMD’s HSA story is developing at a rapid pace, but at this point AMD still hasn’t been able to put its roadmap execution issues behind it. Whether or not Kaveri will be a competitive offering when it finally gets to market in Q1 2014 is still up in the air. However the chips fall, this is not the Kaveri we were promised at the beginning of 2012.S|A